I participated to the LoveByte Battleground demoparty> that runned this week-end, by posting a drawing last week. Sadly/funnily , there was few mistake ^^:
* I made a 64×64 pixels picture instead of a 128×128 one. The palette for the competition was 16 colours Sweetie16 (the default one on FOSS, TIC-80 fantasy console (Source code)).
* My second mistake is I’ve uploaded a first version, and few hours later another one using (FOSS) source code) on Debian on (FOSH) RISC−V (Specifications, there are lot of free or not implementations) emulator of FOSS Qemu (Source code, Git instance), the first upload worked fine but the second one didn’t work (maybe because my installation of Netsurf doesn’t manage javascript)^^. I also performed in a livecoding match (256 bytes and 25 minutes limits). Result of my poor production, Commented Live coding session record.

The name is “β-karoten – We know whom will be eat”. 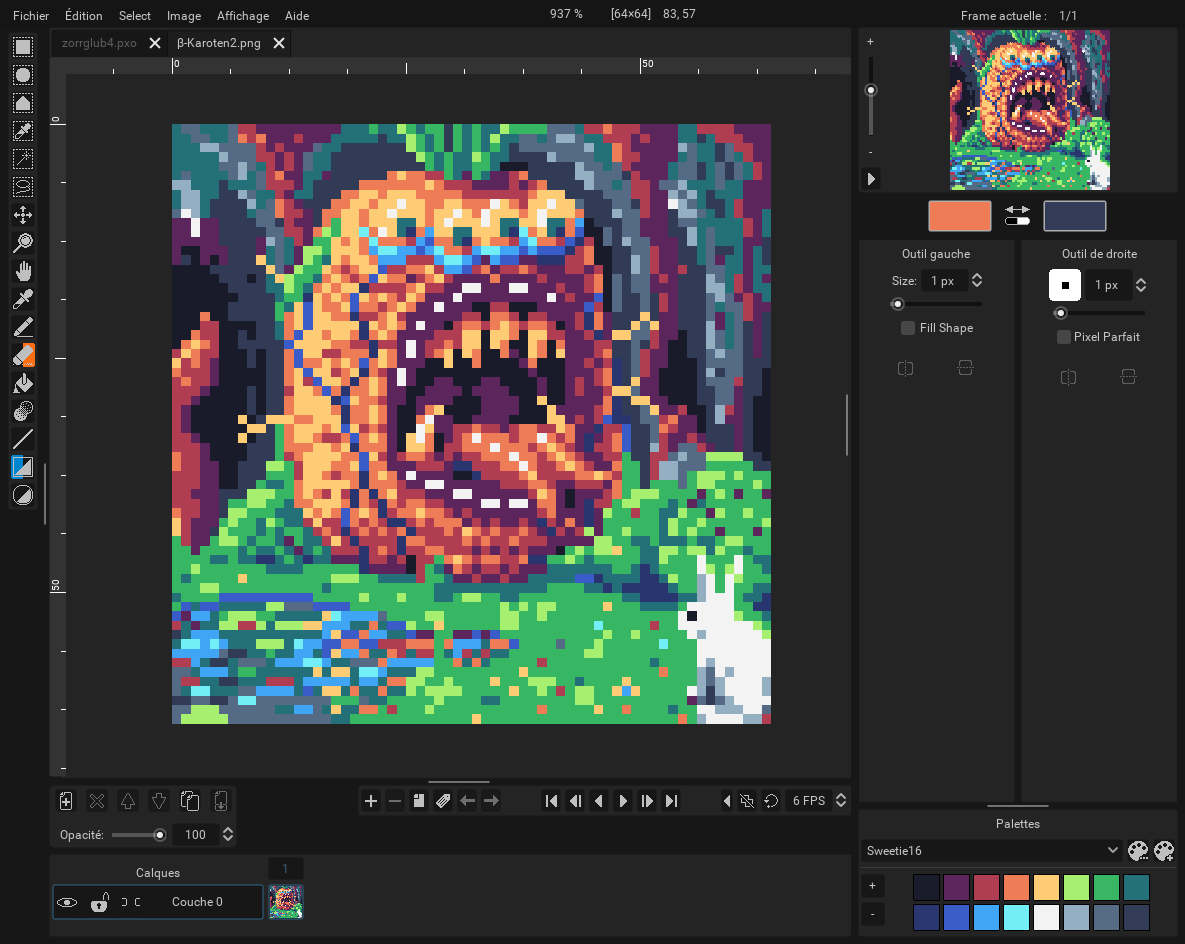