* Introduction
* Installing the Image
* Booting
* Setting the WiFi
* What is working 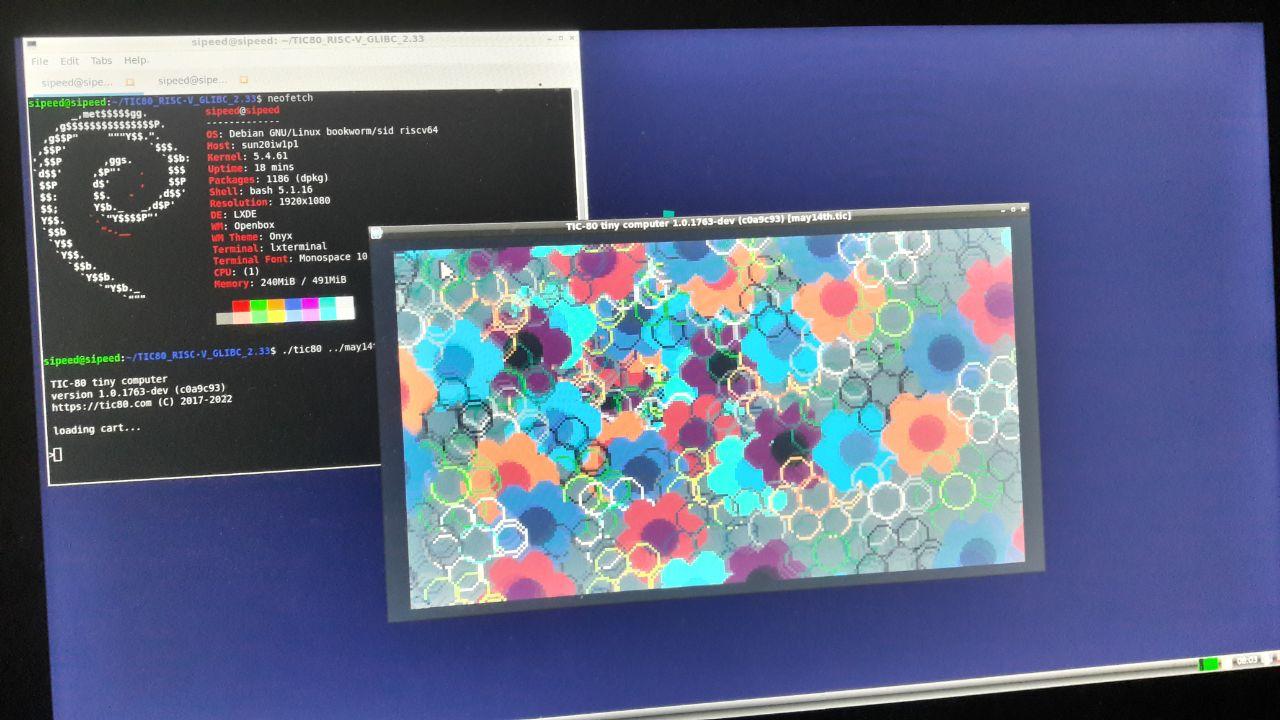 The main problem was to have a working image with Debian, AllWinner and Speed give only a Linux image that can be made on Windows using PhoenixCard tool……… 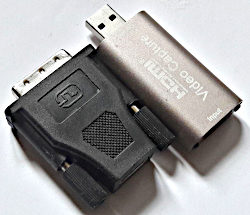 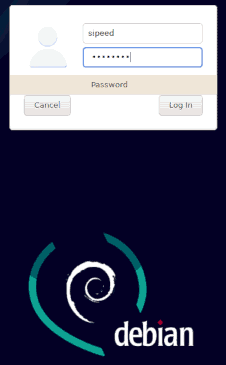 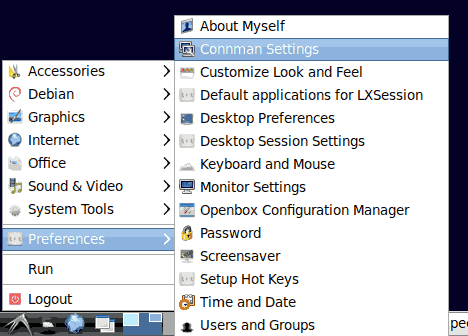 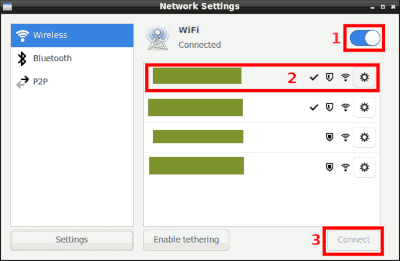 The connexion should be established now, with “Connected” wrote at top of the window and “Online” beside the name of the Wifi router name (as on the picture at right.

click on the grayed autoconnect button, it should become blue meaning autoconnect is activated 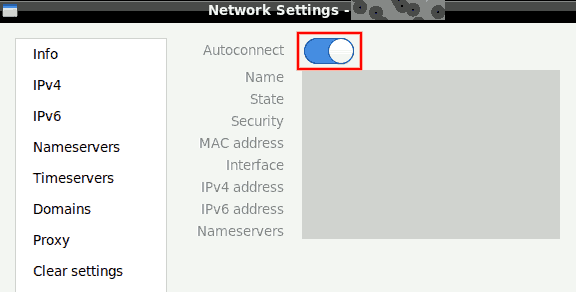 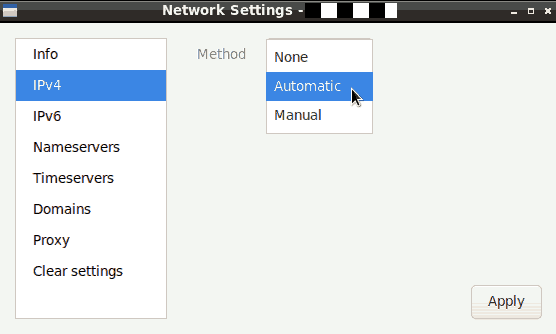 , it seems to work far better when it's uncommented (there is a typo: wpa-deriver instead of wpa-driver, but works as is. to remove the # comments, just move the cursors to them and press x one time.

Among application working well, I found:
* graphic tool: GIMP, Krita work a bit slowly. The first time, need to wait long time, and then go to preferences to disable GL acceleration before creating an image, else it will be awfully slow. Everything will go far faster after that.
* Animation tool: Pencil2D
* IRC client hexchat, and Telegram-desktop client
* Blender work but is totally unusable
* Web browser are generally unusable, the exception is Netsurf (package 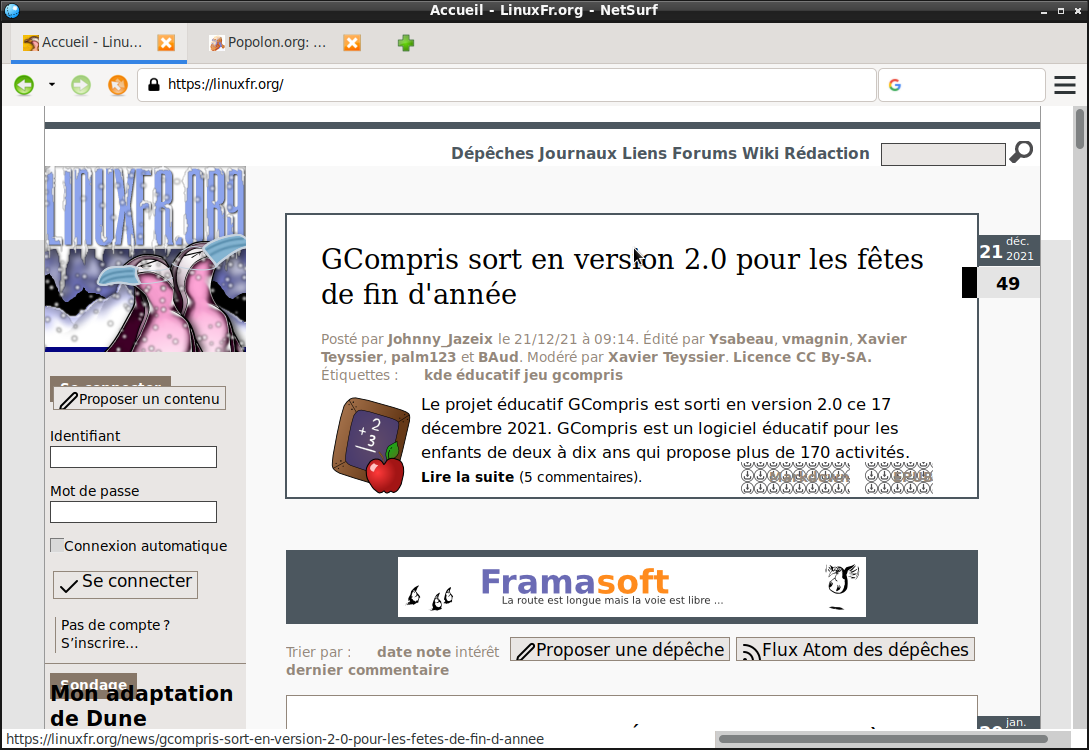 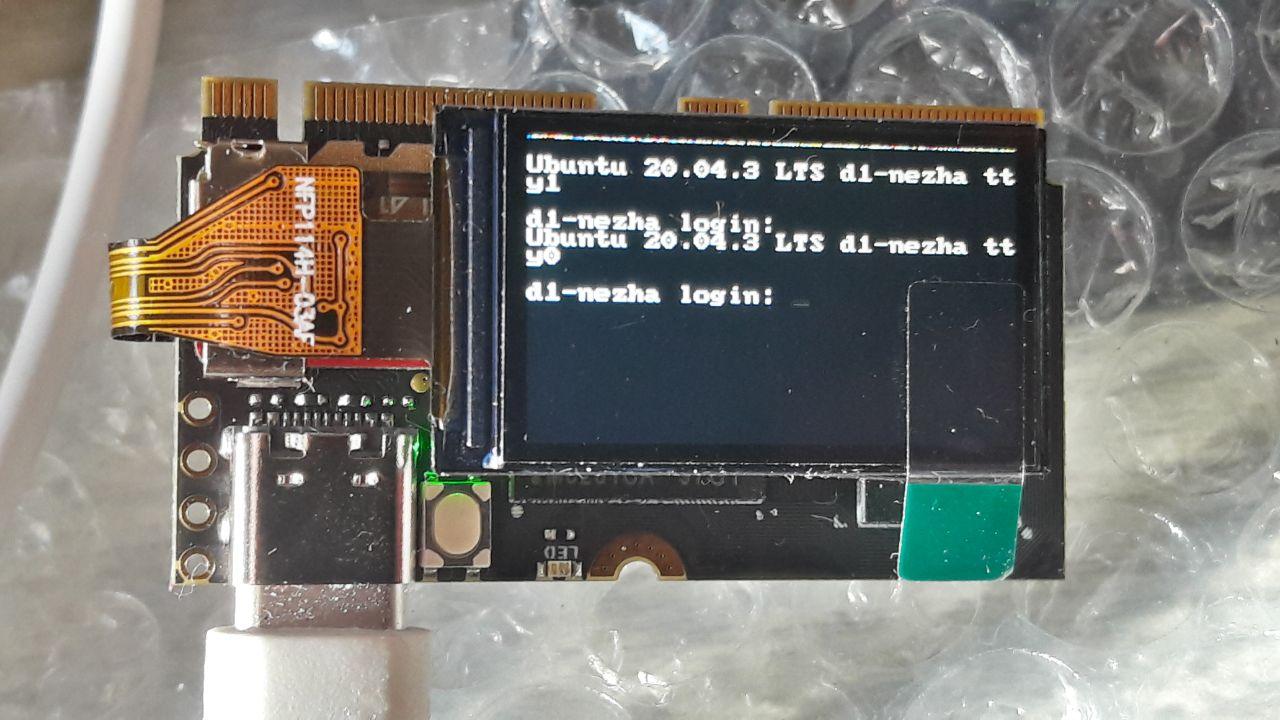 Sipeed made a microSD card image to boot Ubuntu on RISC-V based Allwinner D1 SoC. with their LicheeRV SoM.

Just download the archive, untar and follow the instruction in the README. There is an error, the primary partition should start at 80MB (163840), not 40MB (81920). The is limited to 4Go, so it should be grown with resize2fs to have more place to work.

The whole process so:

You must first set the SDCARD device name. For me it was /dev/sdd warning if you are wrong you can delete your system ^^. You can have it’s value by using dmesg just after plugging it:

or by using fdisk -l. You need a microSD card with 16GB or more space.

then continue the process:

Then depending on the name of the device on your system, if its of kind /dev/mmcblk0 then you should use /dev/mmcblk0p1 for partition 1, if it’s a /dev/sdd then, it’s /dev/sdd1.

if you use a /dev/mmcblkX type of device (typically internal SDcard reader) use this:

if you use a /dev/sdX type of device (typically an USB SDcard reader) use this:

After the sync, you can unplug the microSD card, plug it in your Lichee RV turn on the SoM, wait few seconds, after OpenSBI have booted it will open the kernel and you will see the Ubuntu boot sequence on screen.

Here is the boot with the LicheeRV dock, allowing to plug USB keyboard or other device, and HDMI, still need to manage it. There are some Debian image with HDMI working, but need proprietary Windows tools to make the microSD card :(.

Update: Another interesting image with more features Debian Bulleseye 11 from RVBoards, but with very strange FS (Android ?) and only 4GB partition (the /opt could be hacked). On their mirror (can be slow), local copy
* Sha256sum: e4a042d3a7c0658ffa009185488164eb18bd49fd92928cdec190a80f15b0c86b
* Just need to unzip and dd to the microSDcard.
* ASCIInema record of the boot sequence (local copy). This image is for Allwinner Nezha, so lot of things will not work and throw error message. But on the other side, most peripherals are detected, could be interesting for tuning. Linux condig.gz of the kernel 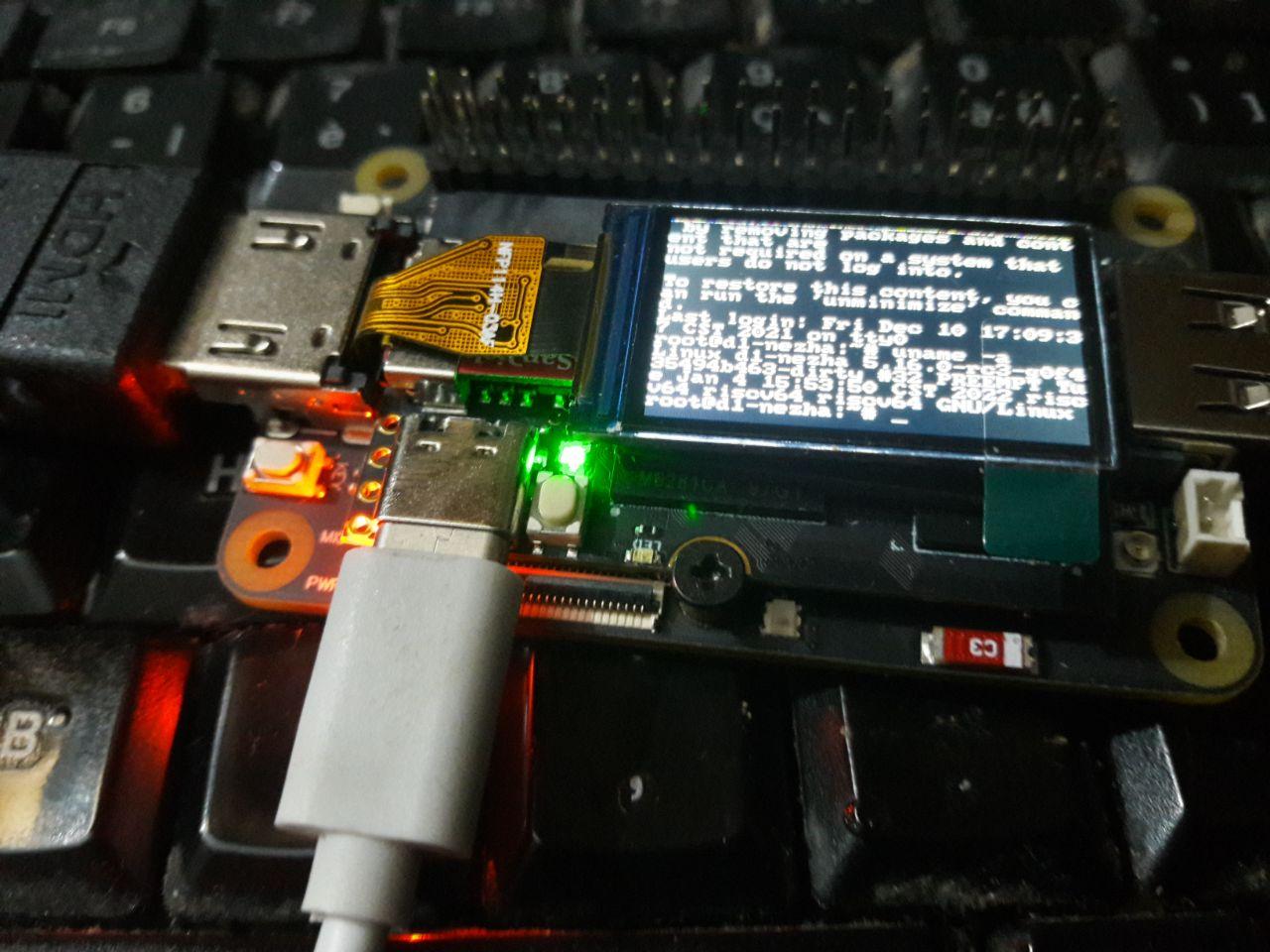